A new Reuters/Ipsos poll conducted in conjunction with the University of Virginia Center for Politics finds that a majority of Americans surveyed believe that race relations in the United States have gotten at least somewhat worse since President Donald Trump’s election. The poll also explores American racial attitudes at the one-year anniversary of a neo-Nazi march in Charlottesville last August.

Tables 1 and 2 shows how respondents felt about race relations during both the Trump and Obama presidencies. Americans believe by 57% to 15% that race relations have become worse since President Trump’s election. By contrast, respondents were evenly divided about Barack Obama’s time in the White House, with 38% believing race relations improved and 37% saying they worsened.

Table 1: “Since President Trump’s election, do you believe that race relations in America are better or worse?”

Table 2: “During President Obama’s presidency, do you believe that race relations in America became better or worse?”

The poll was conducted in advance of the first anniversary of a neo-Nazi and white supremacist march in Charlottesville held on Aug. 12, 2017, and updates a previous Reuters/Ipsos/UVA Center for Politics poll released on Sept. 14, 2017, measuring Americans’ racial attitudes. The new poll, conducted online Aug. 2-6, 2018 and featuring 1,450 respondents, asked several of the same questions as the poll from last year.

Tables 3-5 show the recent poll results, the results from last year in response to the same questions, and the amount of change from 2017 to now.

Table 3: “Which comes closest to your opinion?” 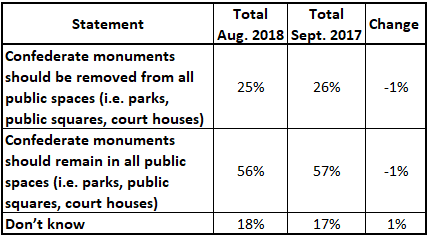 Table 4: “Please indicate the extent to which you agree or disagree with the following statement(s)”

Table 5: “Do you support or oppose the following group or movement?” 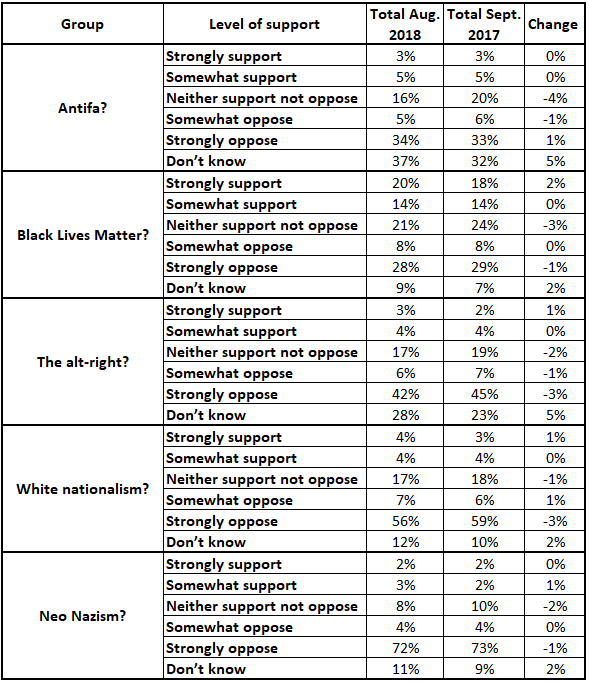 As was the case in last year’s poll, few showed support for white nationalists and neo-Nazis. On the flip side, about a third of respondents did not express clear support for seemingly settled social issues, like support for interracial marriage. Americans generally showed a good deal of consistency on these questions between September 2017 and now. For instance, a majority of Americans both last year and now opposed the removal of Confederate monuments from public spaces.