Based on a slightly revised version of a model I created in advance of the March 15 Democratic primaries, Hillary Clinton appears to be a solid favorite in Delaware, Maryland, and Pennsylvania, as well as a marginal favorite in Connecticut. Meanwhile, Bernie Sanders appears to be a favorite in Rhode Island.

This model uses three predictors from the Democratic primary exit polls — percentage of African-American voters, percentage of self-identified Democrats, and region — and it explains 90% of the variance in 19 primaries to date for which exit poll data are available, excluding Sanders’ home state of Vermont, where he clearly enjoyed a substantial home state advantage. Here are the regression results: 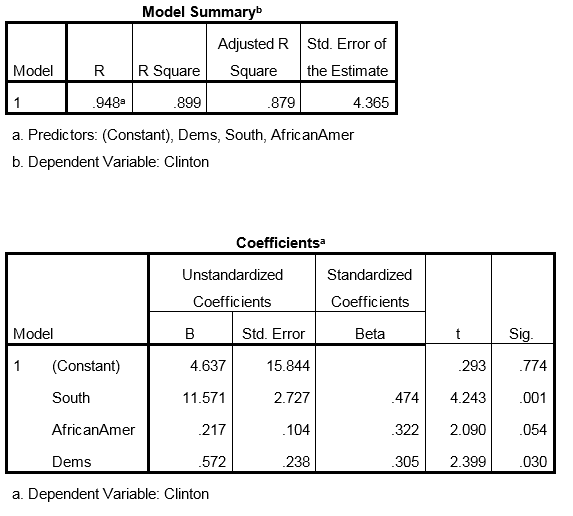 And here is a scatterplot for the predictions: 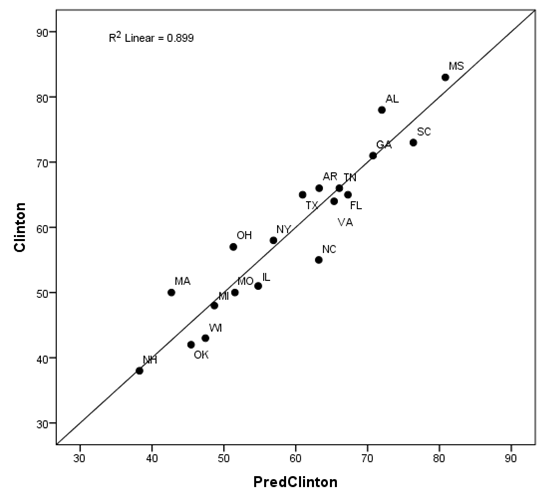 This model is not perfect by any means, but it performed fairly well and did nail the results for the New York primary. So here are the predictions for next Tuesday, using exit polls from the 2008 Democratic primary:

Sanders is already far behind in the delegate count, and in all likelihood he’ll find himself in an even deeper hole after Tuesday.