Last week, Twitter user @chrishale7 asked NBC News political director Chuck Todd about making an electoral map showing the states by their population size, rather than just a straight geographic map, in order to better show the importance of the states in the Electoral College. Todd (@chucktodd) replied by suggesting that this was something we might like to take on.

Sure enough, we do love what we call the “political map of the United States.” The University of Virginia Center for Politics (back then, it was the Center for Governmental Studies) released a political map of the United States after the 2000 election, which was created by former center staffer Josh Scott. We updated the map in 2004, and now we’ve tweaked it to reflect the 2010 census. The states are sized based on their populations.

The political map goes to show how divided the nation really is. Aliens from another planet might look at, say, the 2000 electoral map, in which George W. Bush won 30 states, and say that he romped in the election. But, of course, Al Gore’s 20 states — and edge in the popular vote — meant that the Electoral College map didn’t tell the full story of how close the election was. A political map, along the lines of what’s below, gives a more accurate view of the electoral value of each state.

Below are two political maps: One shows the current state of play in the Electoral College, and the other color-coats the states by their most recent unemployment rate.

The political map is what politicians, their staffs and political consultants actually see when they look at the nation: swing states that stick out like big yellow thumbs surrounded by safely Red and Blue states both big and small. 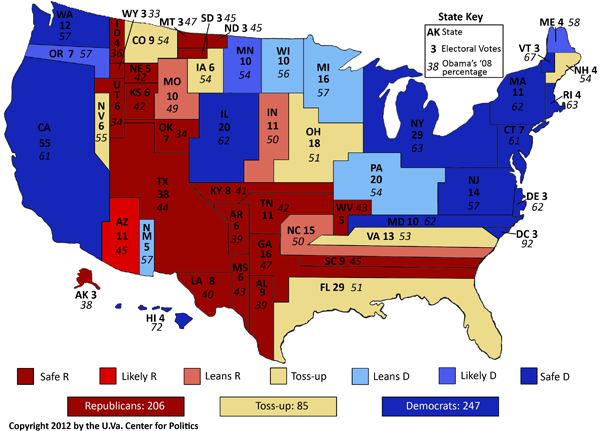 Map 2: The Political Map of the United States, by unemployment 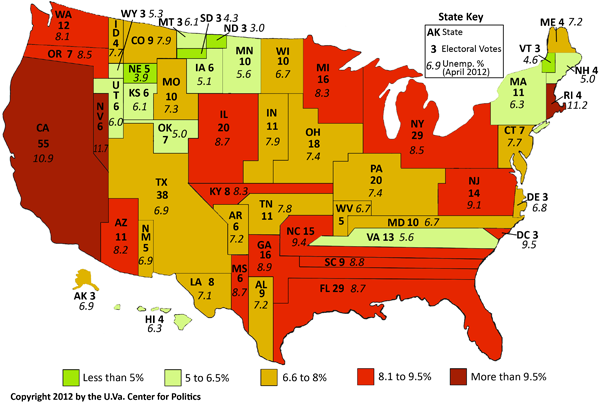