At the Crystal Ball we receive many requests for information about the history of congressional elections, and there are many ways to look at this topic. In the two simple bar graphs below, we present one way to conceptualize a key part of the contests for Congress. How many incumbents lose for the House and the Senate?

In most years—both presidential and midterm—incumbents do remarkably well, and just a handful lose their seats in the general election. But a few years bring congressional slaughters, relatively speaking: 1974, 1980, 1982, 1994, and 2006 are the most prominent since the late 1960s. One party or the other suffers more in any given year, as the pendulum of public opinion swings back and forth.

Will 2010 be added to the “slaughter years”? The general election is a couple months away, but the odds are good that the bar lines in this graph will reach reasonably high after November 2. 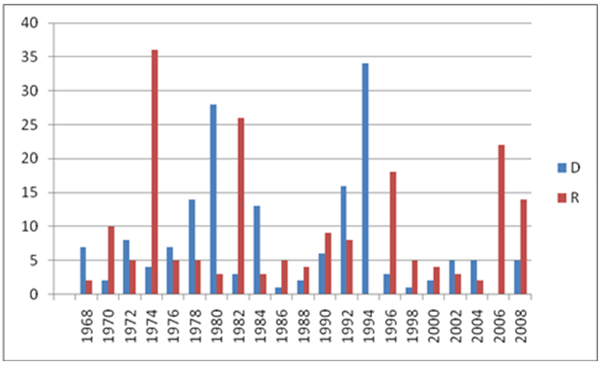 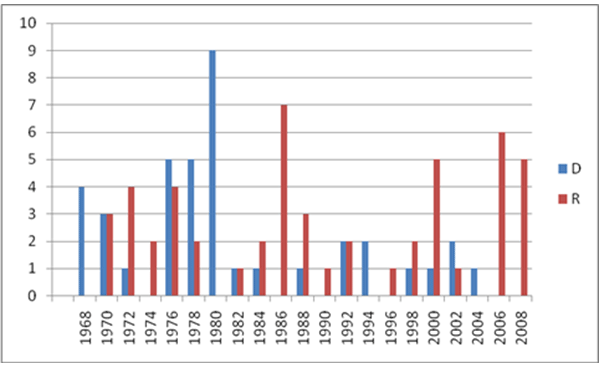