How politically divided are ordinary Americans? The recent release of a report on polarization in public opinion by the Pew Research Center has reignited a debate among journalists and academics about the depth of the divisions between supporters of the two major parties. One of the key findings of the report is that supporters of the two parties hold increasingly negative feelings toward the opposing party and its leaders. While some scholars like Morris Fiorina of Stanford University have disputed the significance of these findings, an examination of evidence from the American National Election Studies provides strong support for the conclusions of the Pew study.

The ANES data make it possible to examine trends in feelings toward the Democratic and Republican parties over a fairly long period of time. Since 1978, the ANES has been asking national samples of American adults in every presidential election year and most midterm election years to rate both parties on a feeling thermometer scale. The scale ranges from zero degrees to 100 degrees with zero the most negative rating, 100 the most positive rating, and 50 a neutral rating. Ratings above 50 degrees are considered positive, while ratings below 50 degrees are considered negative. 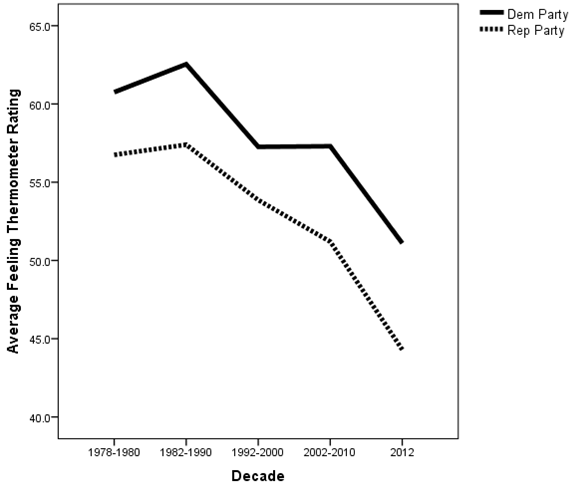 Figure 2: Average feeling thermometer ratings of own party and opposing party by decade 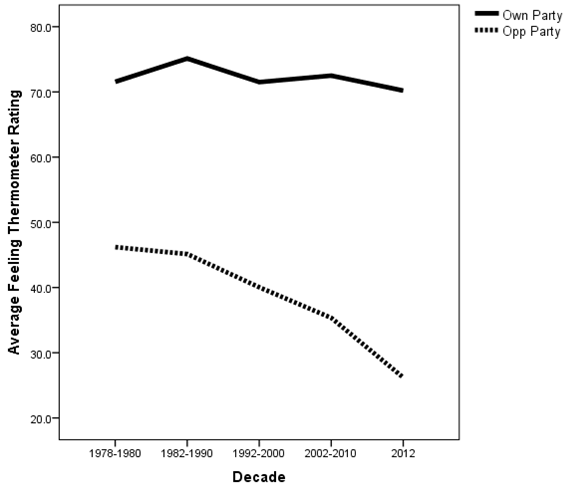 Table 1: Feelings about Democratic and Republican parties by decade 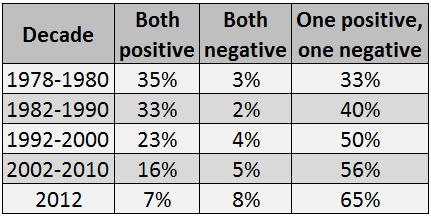 Note: Percentages sum across and do not total 100 due to exclusion of those with neutral opinions of one party or both parties. 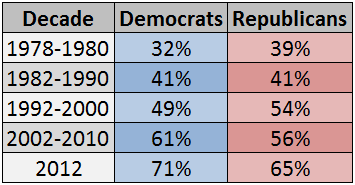 Data from the American National Election Studies show that since the late 1970s, opinions of both major parties have become somewhat more negative. However, this is due almost entirely to the increasingly negative feelings that both Democratic and Republican identifiers, including independent leaners, hold toward the opposing party.